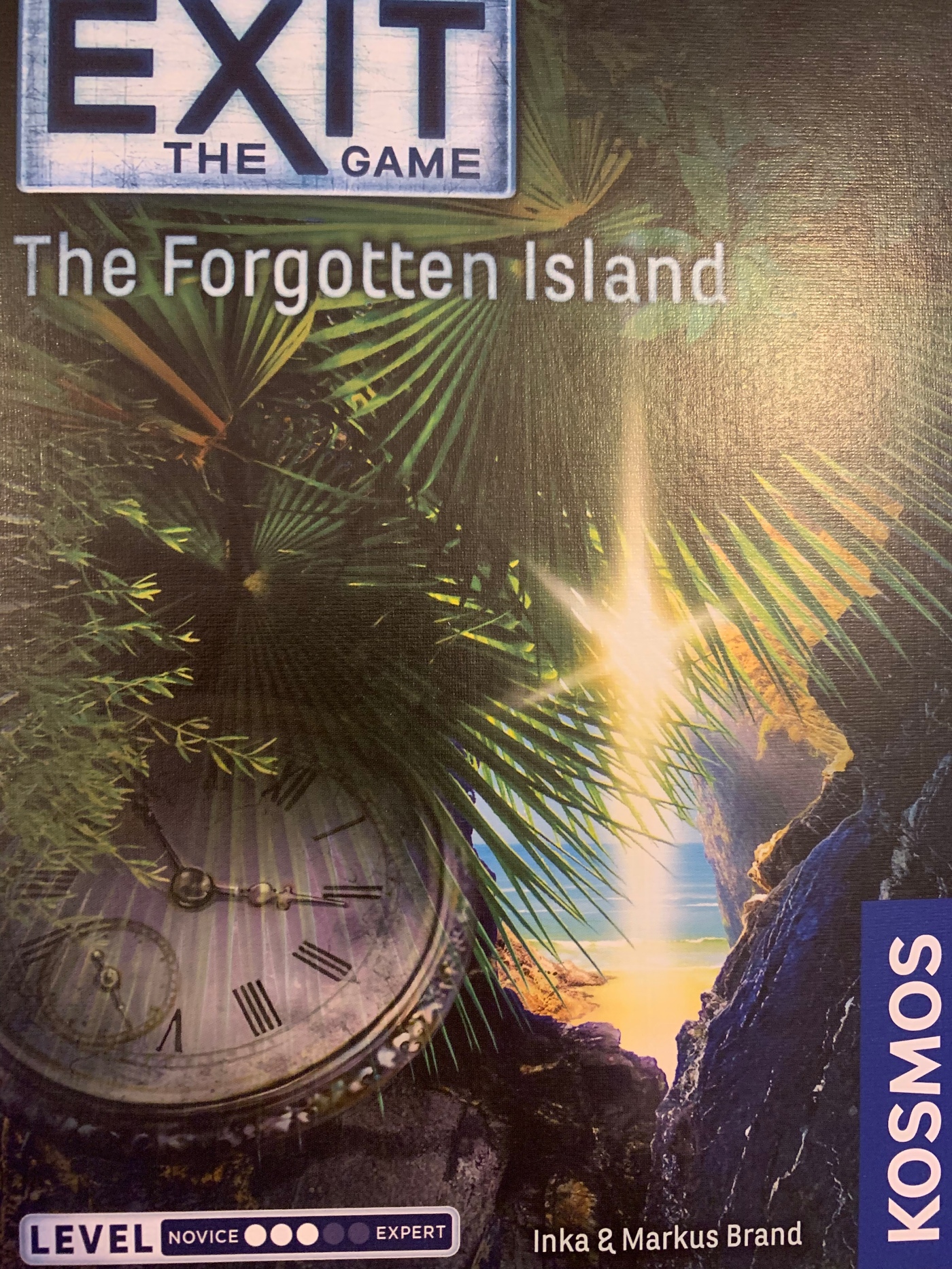 This is our 5th Exit the Game, which I think tells you enough about my general thoughts on this series of Escape Games in a box. I have bought another 3 which are waiting for us to do.

The premise of The Forgotten Island is that you are out on a sailing expedition in nice weather in a calm sea when you are caught in a sudden, mysterious storm which capsizes your boat and washes you up on a mysterious pirate island, full of gold and locked up objects (including a boat) you need to solve the clues to unlock the boat and escape with the gold.

I have previously said that I like the logistics of these games, this game made good use of all the materials provided, some of the bits you need are hidden in sneaky places.

It was just myself and my partner again tackling this game which it self rated as a 3 star game, personally I would say this game was more on a level with The Pharaoh’s Tomb which was self rated at 4 stars, I have two more 3 star rated games to try so I can let you know how this compares to them.

We did need to use a couple of clue cards to make sure we had everything to tackle puzzles.

We completed this game in 67.03, again it was a fun way to spend a Saturday night at home and it a fraction of the cost of us going out for an escape rooms.

Atmosphere: 2/5 (we always use the app with the timer and atmospheric music – these games are given a standard 2/5 – there is a limit after all to how atmospheric they can make it)

Variety: 3/5 (again there is a limit to the variety of puzzle which can be provided with an escape game in a box, but I think these do a pretty good job of mixing it up!)