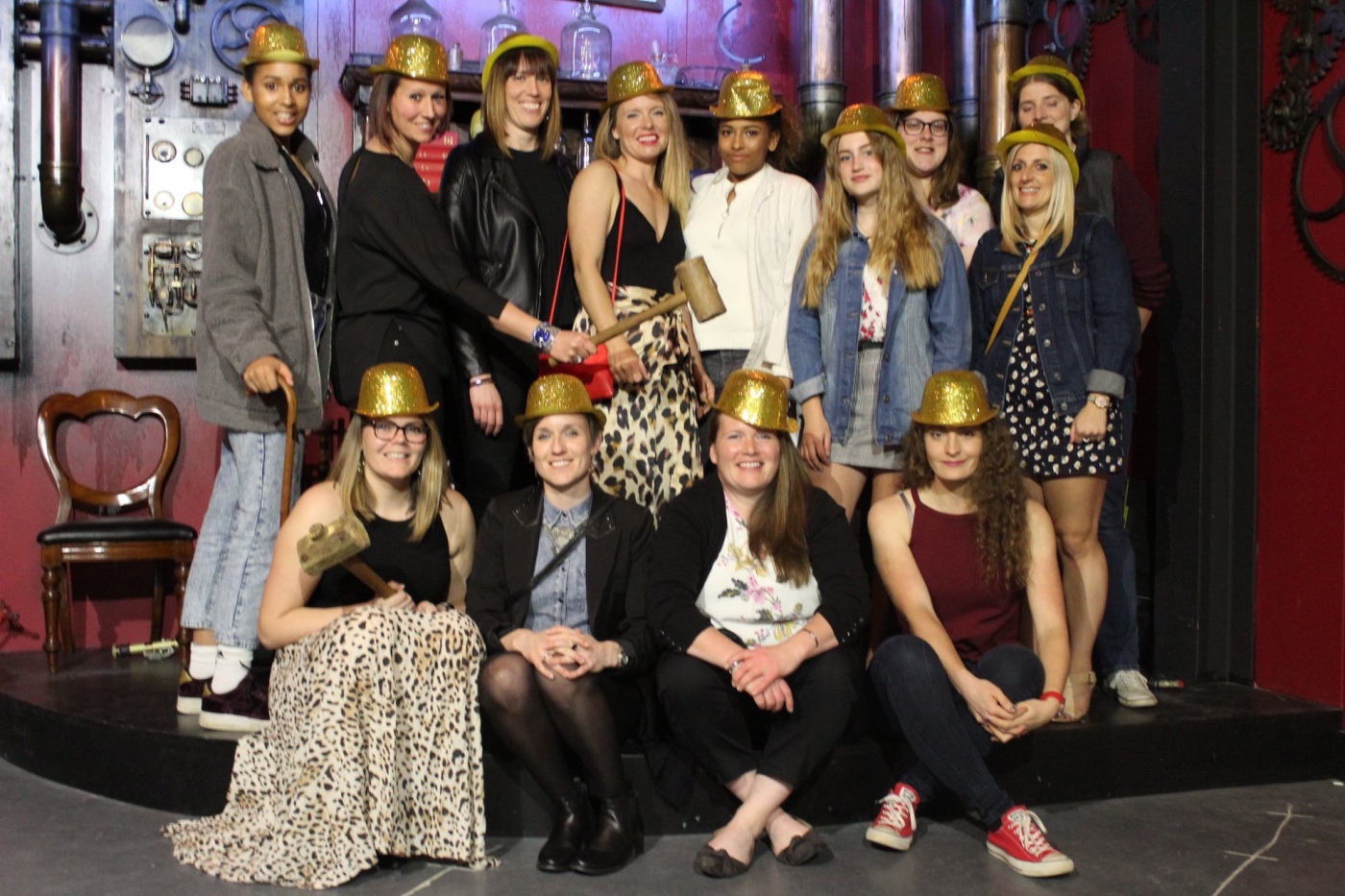 I’ve done two of the three Locked in a Room games at their Milton Keynes branch previously (too long ago to try and properly review) and I was happy to go back for their final game.

This time I was playing with a large group of friends, 13 of us in total, one thing I love about Locked in a Room so they run multiple copies of each room, so the group was able to split into 3 groups and compete against each other doing the same game!

Locked in a Room is a very professional outfit with friendly staff and great hosts! They were very busy with all their rooms booked for the time slot and were able to juggle all 8 groups with care. They give a health and safety briefing, make sure everyone is happy and then set the scene. All the rooms are part of the same theme (steampunk time travelling scientist is kidnapped) and each room is a mission to gather information about the kidnapping. The hosts are in character when setting the scene, and the atmosphere is great as you are all lined up to end the rooms.

The rooms are well decorated and clues are given when the hosts think it is appropriate on a screen in the corner (they say the more you ask for clues they less likely you are to get them – they will set you on the right track) no clues are given in the first ten minutes. There are a good number of puzzles in the game, and a good variety of puzzles and ways which you arrive at the codes for the padlocks. I also like that there a good number of non padlock puzzles in the game.

We were a group of 4 in our room and I was the only one who had played escape games before, there was a good number of puzzles for everyone to tackle.

Locked in a Room self rate the room a 3/5 difficulty. I think this is a good assessment of where the game sits difficulty wise in the escape game world. We escaped in 43:00.

Overall I’d give the room a 4/5 rating

I would definitely recommend Locked in a Room for escape games!